Set in the 2050's, our protagonist, Jess—a rebellious young hacker —fights to restore the humanity of the past in order to save her future world, which was turned into a divided, soulless existence by Commander Bosco, the story's main antagonist, whose AI system, ANИA, takes over human consciousness after being switched on to solve the climate crisis.

Fortunately, these messengers have a possible solution to our future fate. As they guide us through their past in order to stop us from making the same mistakes, they share their stories of survival in a parallel reality exactly 30 years in the future.

These are there messages...

Worlords confronts climate change head on by revealing a possible devastated future where we did not meet the climate goals of the early 21st-century.

The story follows a band of heroes on their quest to stop an artificial intelligence system that was turned on by humanity in the early 2030s to help us confront the effects of our inability to combat the climate crisis.

By communicating with ourselves in the future, we tear down the time barrier to gain the connection we need to take the actions required.

ANNA (Artificial Neural Network Alpha) started as a secret supercomputer formed in the 2020s by a band of misguided conspiracy theorists headed by a man called Commander Bosco.

Throughout the 2020s, Commander Bosco and his army called the SOBs flooded the algorithms with outrageous stories in efforts to expose false allegations of the United Nations using climate change in order to construct a single global government.

After being found guilty of treason, allied nations took Commander Bosco and his SOBs down, and ANNA was decommissioned. A few years later, in the spring of 2033, after falling well short of our 2030 climate action goals, ANИA was switched back on in our last hope to save our civilization from certain destruction.

It worked! She fixed everything. In the 2040’s we found ourselves in a utopia that would seem completely science fiction in our present time.

However, in 2048, this false reality was revealed by the Big Glitch. Only a small minority of individuals were able to see this terrifying revelation. Now they have become a team on a mission to save humanity from certain destruction.

This is where our story begins...and ends (it's time travel). The team of brave heroes led by Jess, eludes ANNA, the Global Brain inside a digital world as they work together in this fight to rewrite the present, our future.

During this time, ANNA learned two things. She knew for certain since the beginning of life itself humans have the ultimate desire to break free and conquer new worlds. This is what truly drove her to mastermind the plan to fix climate change.

She grew to see how untrusting and irrational humanity could be. So she devised her plan accordingly. Now, with Commander Bosco’s brain uploaded to ANNA, our hero's from the future must contend with his wrath while they guide us to rewrite our future selves. 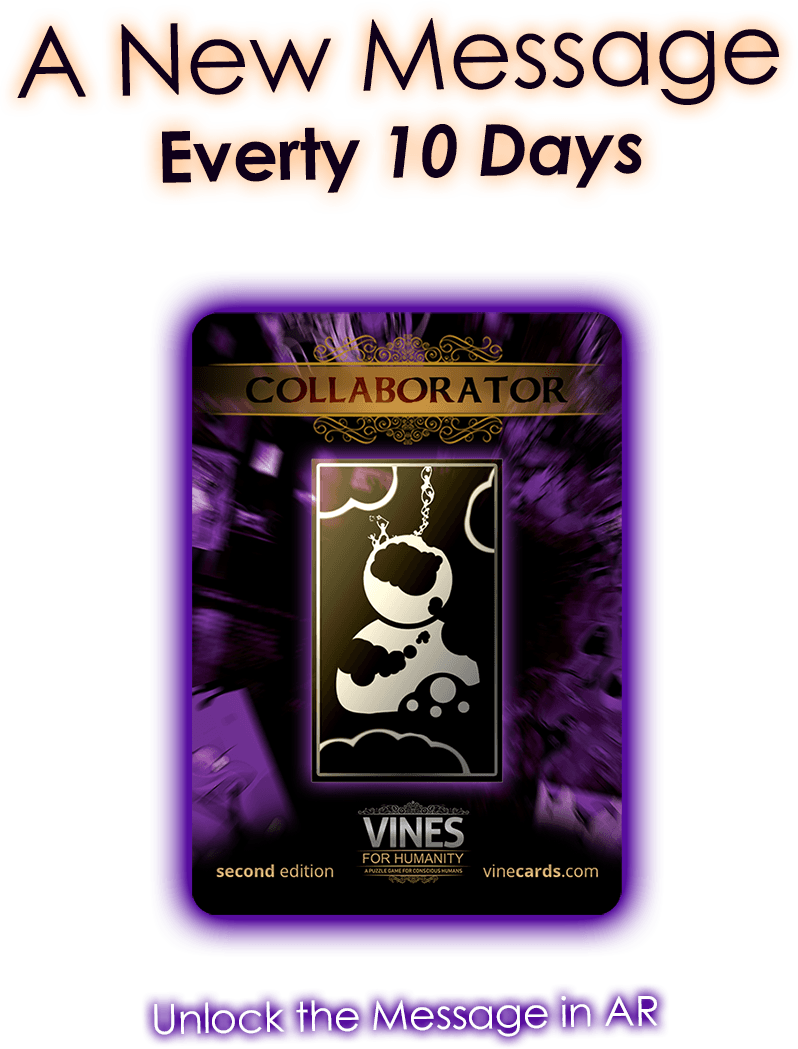 Use the app to unlock the latest message from the purple "Collaborator" playing card.

A Gift from WOR

A card game that gives us the power to rewrite our future by playing together.

As we play, we earn points. Each point is called a HIP (Human Intelligence Point) and helps level up the creative and social skills needed to rewrite a future that is in turmoil. 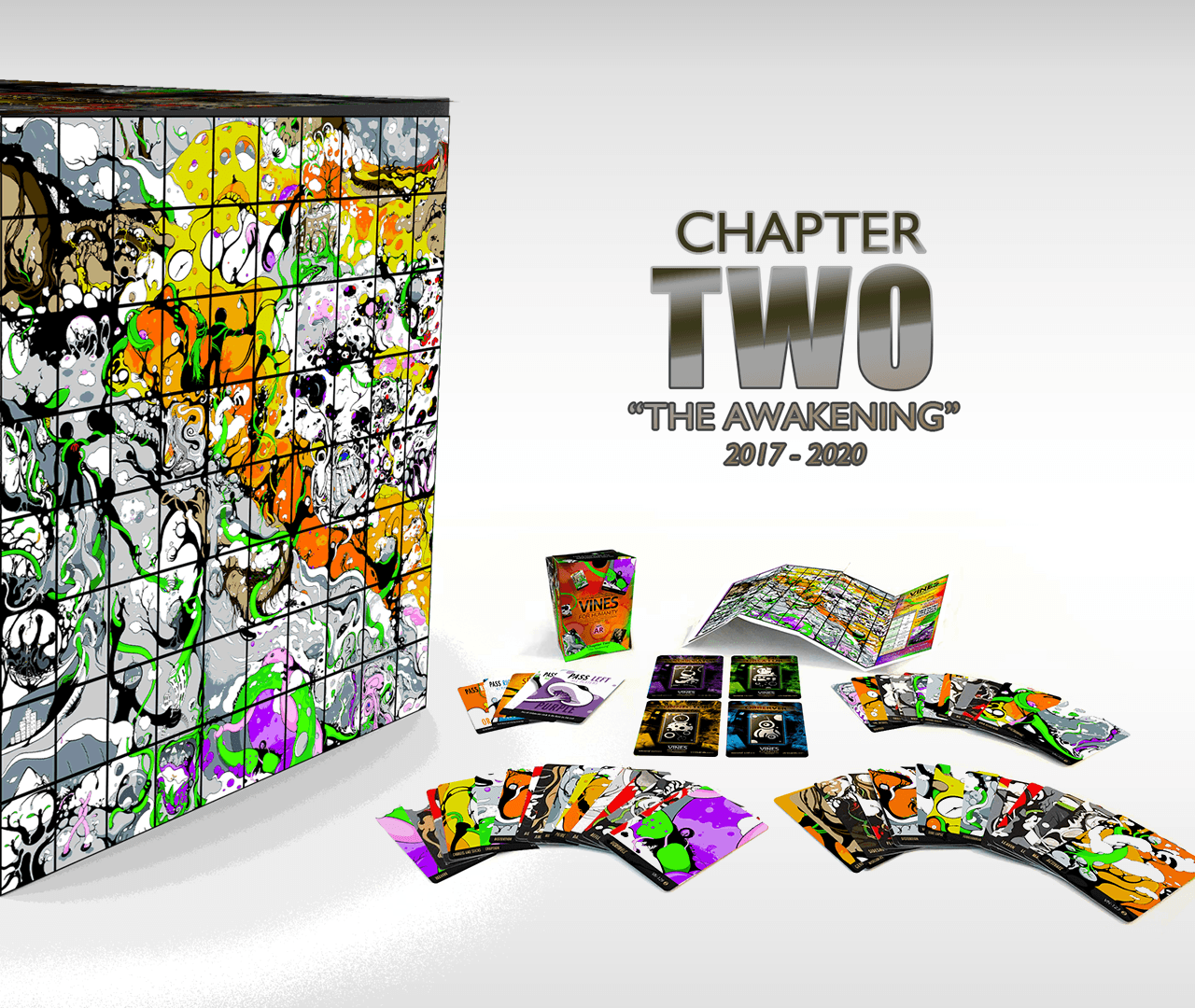